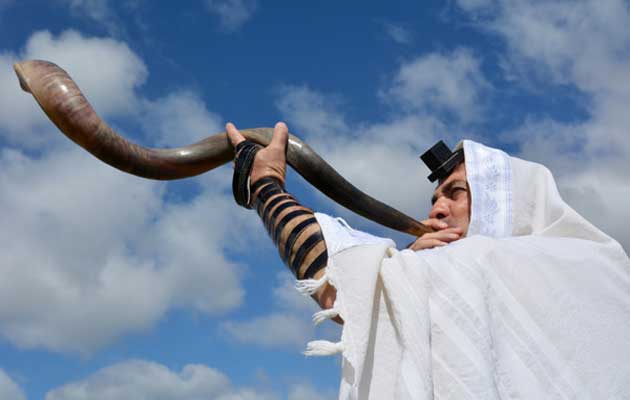 The Feast of Trumpets: Messiah as God's Obedient Son

Israel's three Fall Festivals—Trumpets, Atonement and Tabernacles—are grouped together within a three-week window. They afford us an annual opportunity to see a three-dimensional portrait of our messiah, Jesus, as we peer through that window and see Him through Jewish eyes.

There are three key reasons for every believer, whether Jewish or Gentle, to study the Fall Feasts. First, study of these feasts illuminates and deepens our understanding of the New Testament. As Paul emphasizes in his letter to the Colossians (2:16-17), these Jewish holy days point us to our Messiah. The very essence of each festival is richly saturated through and through with Christ. Second, these holy days are very important to our God. In Leviticus 23, where the calendar of these festivals is formally presented to Israel, the holy days are specifically referred to as His appointed times (23:2). Third, these festivals serve as instruments to help focus our prayers for the Jewish people.

According to the Bible, the first of the Fall Holy Days in Israel’s calendar, the Feast of Trumpets, is simply to be observed as a zikhron teru’ah, a "memorial of blowing." However, it is traditionally called “Rosh Hashanah” (literally, “head of the year”) and observed as the Jewish New Year. This serves as the commencement of a ten-day period called the "Days of Awe" which concludes with the Day of Atonement. For observant Jews, this solemn period serves as an occasion for self-examination, introspection and reflection as God annually considers the fate of each individual.

One messianic application we can derive from the Feast of Trumpets draws upon the central Scripture within the liturgy—that of the account of Abraham's binding of His covenant son, Isaac, relayed in Genesis 22. Although the familiar story reveals that Isaac was not slain as a sacrifice, much of the holiday's liturgy and theology nonetheless treat him as if he had actually laid down his life, as if he died and were resurrected, teaching that he was offered up for atonement and forgiveness.

Many prayers on Rosh Hashanah are recited for God to remember the Jewish people with kindness, mercy and salvation based on the merit stored up through Isaac. The prayer goes: “Remember the binding of Isaac in mercy to his seed.” The rabbis determined that God looked upon Abraham’s sacrifice of Isaac as Isaac’s vicarious atonement for Israel’s sins throughout its entire history.

The rabbis were not completely off-base when they saw a picture of atonement in Isaac. The events of Genesis 22 are a prime example of what Scripture calls a shadow of things to come (Col. 2:16-17). Isaac was a prophetic type, a picture, of the Messiah. The Bible portrays Yeshua as, not only the ultimate Israel and the ultimate David, but also as the ultimate Isaac. Both Yeshua and Isaac were the sons of promise. Both had miraculous births. Both were obedient and willing sons who were prepared and ready to lay down their lives at their Father’s behest. Both sons even carried the wood for their own sacrifice.

Both had Fathers who were prepared to slay them to fulfill a larger purpose. Abraham was willing to sacrifice His only son; so too, was God willing to sacrifice His only Son. But God did not demand of Abraham what He demanded of Himself. The Lord provided a substitute sacrifice for the son of Abraham, a ram caught in the thicket. But there was no alternative sacrifice for the Son of God—Jesus became the obedient Lamb of God, slain for the sin of the world.

Want to stay up-to-date on all things SOJO? Add your name and email to our private list and we'll do the rest.